Last weekend, I took a business trip to Phoenix, Arizona, which gave me the opportunity to take some great nature and landscape photos. Although I had to make a significant adjustment to my plans mid-trip, I came away with some descent photos and learned a couple of things along the way.

When I learned I was going on the trip, my first thought was that I wanted to wander through at least a small area of the Suspicion Mountains. I have read about the legends of the Suspicions and the Lost Dutchman mine and wanted to get some pictures of the red hill. The area is quite large, though, and I only had one afternoon in which to take pictures. So, I decided to walk through the Lost Dutchman State Park.

My business trip took me to visit the campus of a partner institution for the college where I work. That gave the opportunity to take a couple of architecture pictures. 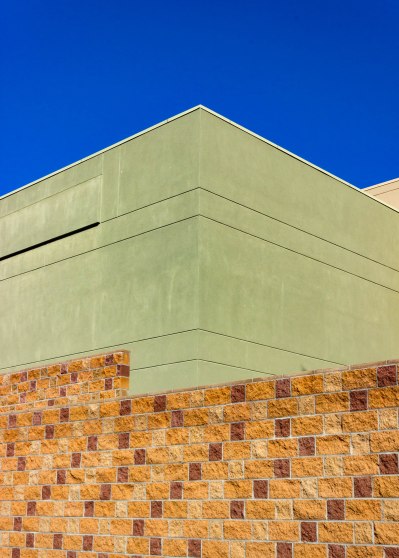 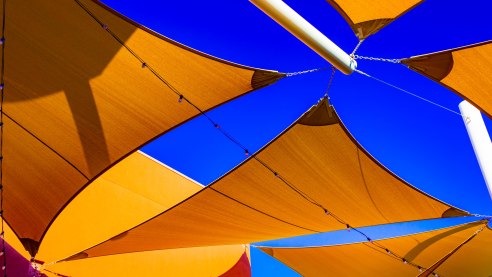 The clear skies made editing quite simple and created clean photos that were not cluttered with noise.

After arriving in Phoenix, it became clear to me that several of my colleagues were interested in site-seeing around Phoenix. Thus, I had to make an adjustment to my plans. I decided to move my hike to the Sedona area. It has been seventeen years since I have been to Sedona, so it would be a good experience to hike that area and allow my colleagues to wander through the town.

Sunday afternoon, several of us drove up to Sedona. My colleagues, who had never been, were excited to see the breath-taking views of the red rocks around Sedona. I must admit that was excited and began talking snapshots instead of taking well-composed photos. Around the city, everywhere you look there is a photograph to be taken. 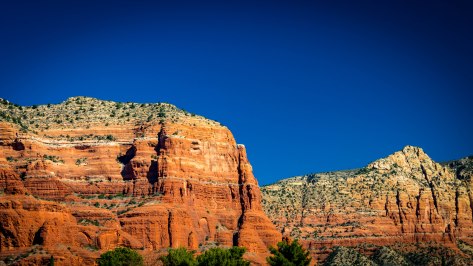 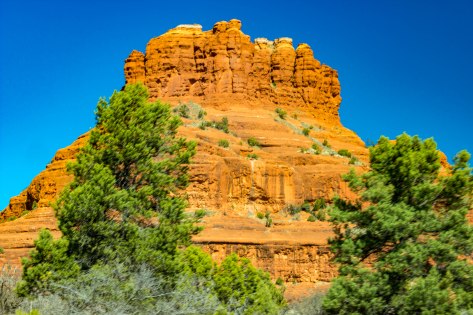 After lunch, we walked around the city, and then two of the four of us went back to Phoenix. Another colleague and I drove south to Red Rock State Park and spent three hours hiking around. Unfortunately, it was the Sunday of the professional football championship, so they unexpectedly closed the park early. But, I did talk some descent photos.

For most of the hike, I hand-held my camera.  I had it set on 100 ISO and shot in manual mode. I kept a circular polarizer on my kit lens – 18mm-55mm. As I was shooting, I was noticing that my photos were coming out wrong. They were coming out quite flat and blue. I was shooting in RAW, so flat was to be expected, but they were coming out more flat than normal. I checked and re-checked my settings, but they were not coming out right. About halfway through my walk, I realized the problem – the camera was set to portrait scene setting instead of landscape.  I know there is disagreement on whether this setting should be on a scene or on neutral, but I have had good experiences when it is set to the appropriate scene.

We made our way back to the visitor center and set up to take some landscape photos of Cathedral Rock. I finally had the opportunity to use my new tripod on a landscape/nature shot, and it worked very well (I did notice a 10-second shake in the center post when fully extended; I just waited it out). I set to 100 ISO, AV mode at f/16 and used an external shutter release.

Like I said above, the staff closed the park early, so left to head back to Phoenix. On our way out to the highway, we stopped on a hill and took more landscape photos of Cathedral Rock in the Pedregosa Sea. 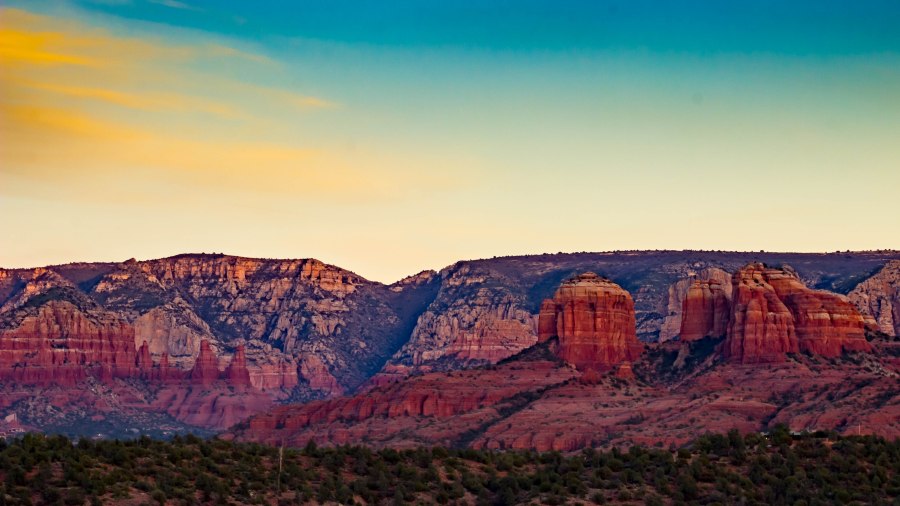 I have noticed while processing my photos, when I use the circular polarizer, the photos don’t come out as sharp as I hoped. I would characterize the edges of objects in my landscape photographs as “muddy.”  I am beginning to suspect that it is time to spend a little more money on a better polarizer.

Also, my experience with my new tripod confirmed what I learned from a professional photographer – if you use the center post, would will have camera-shake.  It’s a little more uncomfortable with it lowered, but you will not have the camera shake that you have with it extended.

A daily selection of the best content published on WordPress, collected for you by humans who love to read.

The Art and Craft of Blogging

The latest news on WordPress.com and the WordPress community.